Home
/
General
/
Side Effects of Marijuana Use – The Good & the Ugly

The use of marijuana for either medical or recreational purposes has been one of the most controversial subjects of the past century. Ever since California adopted the legalization of marijuana for medical use in 1996 the debate has only heated up as to the scientific benefits of this popular plant. While researchers have agreed that marijuana does have a measurable effect on both the mind and body, there has not been a worldwide consensus as to if the benefits of this drug outweigh its negative side effects. Based on various studies and personal feedback from medical users, we will outline the good and bad effects of marijuana for the average user.

Positive Effects of Marijuana Use

Medical marijuana use has been proclaimed as a wonder for treating acute, chronic pain. When you feel pain, it’s actually a signal being sent to your brain from the millions of nerve cells throughout your body. The brain then releases chemicals and fires neurons to create the feeling of pain, and its intensity increases the more chemicals that are released. There are natural compounds within marijuana, mainly the THC content, that interact with certain cells in your brain and tells them which chemicals to release and which ones to stop producing. It actually subsides the feeling of pain by reducing the amount of pain related chemicals that your brain produces. Although it does not all together eliminate it, and will not damped extreme pain, it can increase the comfort of those who suffer from chronic acute pain conditions.

Researchers in 2011 found that the use of marijuana reduces pain and inflammation, particularly with individuals who live with the discomfort of rheumatoid arthritis. Scientists at several hospitals administered Sativex, which is a cannabis based pain reliever, and after 2 weeks the patients using this medicine had a significant reduction in pain levels along with a better quality of sleep.

The use of medical marijuana has also been studied in patients who suffer from multiple sclerosis. In a study performed by the Canadian Medical Association has indicated that cannabis can help stop the negative effects of muscle spasms caused by this disease and thus ease painful symptoms. The patients in this study did not respond to alternative medications, but when they started using marijuana for a period of days, they reported that they did not feel as much pain as they did before. The THC in marijuana can actually bond to the nerves in order to relieve pain.

Slows the Spreading of Cancer

In a study released by the Molecular Cancer Therapeutics publication, a cannabidoil in marijuana has the capability to slow the spread of cancer by deactivating a gene called Id-1. Results indicated that cannabidoil can prevent cancer from spreading by reducing its ability to replicate. The researchers in this case used breast cancer cells in a lab that had high levels of the Id-1 gene, meaning it had the ability to spread very quickly. After administering cannabidoil, the outcome was positive and the spread of this cancer was less aggressive. The American Association for Cancer Research also found that marijuana can be effective in slowing down the growth of tumors.

Can Treat Negative Effects of Glaucoma

Marijuana has been found to be effective in reducing the symptoms of glaucoma in a patient’s eyes. When a patient has glaucoma, the pressure within their eyeballs will increase, eventually causing nerve damage and blindness. According to the National Eye Institute, marijuana use can actually reduce the pressure in the eye. They found that, when smoked, marijuana can lower the intraocular pressure in people who suffer from glaucoma and could prevent the effects from causing blindness over time.

Based on a study conducted by the Harvard Medical School, marijuana can actually help people who suffer from extreme anxiety and stress from various situations. In low doses, marijuana can affect the user’s mood and act as a sedative to their brain. Individuals who suffered from social anxiety found low doses of marijuana were particularly effective in making them feel relaxed.

Although insomnia is not generally life threatening, it can disrupt an individual’s life and cause changes in mood along with reduced concentration. Because sleep is so critical to a healthy body, especially for those suffering from a severe or terminal condition, lack of good rest can exacerbate one’s condition or simply prevent improvement. A 2010 human trial found that a synthetic cannabinoid was effective as a sleep aid for patients suffering from certain types of insomnia.

Marijuana has shown considerable efficacy for psychological conditions like depression, bi-polar disorder, and Post Traumatic Stress Disorder (PTSD). For patients suffering from regular feelings of sadness or hopelessness, certain strains of marijuana have proven effective in relieving these symptoms. THC, the active ingredient in marijuana, has been found to effect the brain chemistry in such a way that it reduces feelings of depression, and there are even indications that it has been successful in reducing suicidal tendencies in teens. A 2012 study conducted by The Institute for the Study of Labor revealed that marijuana can be an effective treatment for depression and other mood disorders, and also found a sharp decrease in the suicide rate of 15 through 19 year old males who consumed cannabis.

Negative Effects of Marijuana Use

Despite many discussions regarding marijuana claiming that it’s not addictive, or at least not as addictive as other drugs on the market, there is still a measurable risk. According to the Diagnostic and Statistical Manual of Mental Disorders, 4th edition, about 1 in 6 people who start using marijuana as teenagers will continue to use it well into their adult years. This number increases to between 25% and 50% when teens use marijuana on a daily basis for extended periods of their youth.

Marijuana use and addiction are most pronounced in America’s young youth. Of those going to rehabilitation for marijuana addiction, 45% are under 21 years of age. When those 24 and younger are included, the percentage rises to 55%. Thus, it is important to know the risks, before accepting marijuana as a harmless recreational drug.

The human brain remains in an active developmental stage throughout childhood and well into adolescence, up to about the age of 21 years old. While going through this development period the brain is particularly vulnerable to exposure to mind altering substances, such as THC, the active ingredient in marijuana. Studies have shown that adults who have smoked marijuana regularly during their developmental years have impaired neural connectivity in certain brain regions. This includes areas of the brain that govern higher functions and critical thinking abilities.

Marijuana also affects the portion of the brain that constitutes self-conscious awareness, learning and memory. In addition, brain imaging results of individuals who have engaged in habitual use of marijuana have revealed a decrease in activity in the prefrontal lobe, the area which governs planning and complex cognitive behaviors.

Multiple studies have shown that when marijuana users begin using as teenagers, the drug may reduce thinking, memory, and learning functions that affect how the brain builds connections between the areas necessary for more complex activities. Marijuana’s effects on these abilities may last a long time or even be permanent.

For example, a study showed that people who started smoking marijuana heavily in their teens and had consistently used marijuana lost an average of 8 IQ points between ages 13 and 38. In addition, the lost mental abilities did not fully return in those who quit marijuana as adults. Those who started smoking marijuana as adults did not show notable IQ declines, further lending credibility to the claim that use during the brains developmental years causes the most significant harm.

Marijuana as a Gateway Drug

There have been some studies that suggest marijuana use at an early age can lead to acceptance and use of other illicit substances. A National Epidemiological study found that adults who reported using marijuana as their first drug were more likely than non-users to develop an alcohol use disorder within 3 years of starting.

A study performed by exposing adolescent rodents to marijuana revealed a decrease in their reactivity of brain dopamine reward centers later in their life. These findings could explain the increased vulnerability to additional substances later in life, since the THC in marijuana can get the brain use to stimulants of certain reward areas.

Although these findings are consistent with the concept of marijuana being a gateway drug, the majority of users do not go one to abuse more extreme substances. This process is also not unique to marijuana, as users of nicotine and alcohol have also had an increased response to stimulating drugs later in life.

Marijuana has been found to significantly impair motor coordination and reaction time. Studies have found that there is a direct relationship between the amount of THC in an individual’s bloodstream and their impaired driving abilities. It was determined that marijuana was the illicit drug most often found in a driver’s bloodstream, when drugs were involved in a fatal or non-fatal car accident.

However, the role played by marijuana in accidents is often difficult to measure, because it can remain detectable in body fluids for days or even weeks after use, and because users frequently combine it with alcohol. Accident-involved drivers with THC in their blood, particularly higher levels, are 3 to 7 times more likely to be responsible for the accident than drivers who had not used drugs or alcohol prior to getting behind the wheel. 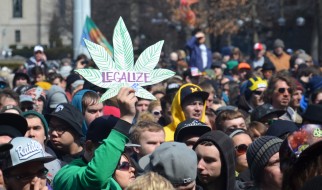 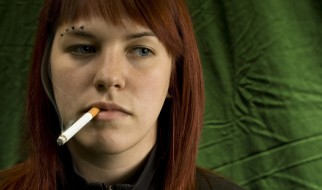